Biomolecular engineers are developing new techniques to help patients recovering from breast cancer regenerate their own tissue after surgery, to improve their long-term recovery.

The University of Melbourne is a member of the research consortium Neopec, which has completed a successful three-year trial to demonstrate the technique’s potential. 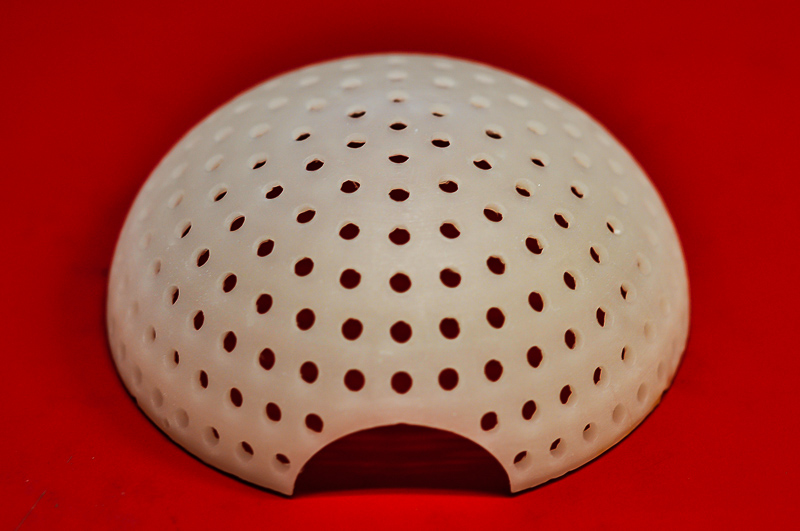 Associate Professor Andrea O’Connor says many patients recovering from breast cancer have reconstructive surgery using implants, but there is a high rate of second surgeries needed for ‘readjustments’.

We want to regrow functional tissue seamlessly, rather than permanently introducing a foreign material, she says.

To that end, the university’s Tissue Engineering Group has developed a domed chamber that can be temporarily inserted into the breast, holding open space into which the patient’s own tissue can regrow.

Associate Professor O’Connor says the chamber needed to be made of highly biocompatible material to minimise inflammation and scar tissue. It also needed to be strong enough to withstand cracking or breaking.

The university’s team created a range of promising new materials for tissue regrowth chambers tested in animal trials. However, the chambers for clinical trials used an already approved biomedical material, customised for each patient by the medical manufacturing company Anatomics.

Clinical trials were undertaken through the O’Brien Institute, a tissue engineering and microsurgery research centre which has worked closely with the university for many years. After six months the chambers were removed from patients, and results demonstrated that natural tissue could be successfully regenerated, although patient results varied considerably.

In the long term we’d like to have a biodegradable material, so that patients don’t need a second surgery to remove the chamber, Associate Professor O’Connor says.